We are delighted to welcome a new Vice-President to our governing team. The appointment was confirmed at the AGM held online on 17 June 2020.

The existing Officers and Committee were re-elected. 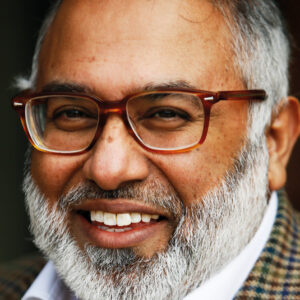 Imam Monawar Hussain is High Sheriff in nomination for Oxfordshire for 2021-22. He is the Muslim Tutor at Eton College, Windsor; Muslim Chaplain to the Oxford University Hospitals NHS Foundation Trust and the Founder of The Oxford Foundation. The Oxford Foundation organises the hugely successful One World Festival at the Ashmolean Museum. This festival draws together Oxfordshire’s diverse communities, to celebrate the rich cultural and religious diversity of the county. Last year the festival attracted almost 9000 people over the weekend.

Monawar read Theology at the University of Oxford, holds a Master of Arts degree in Abrahamic Religions from the University of London and trained as an Imam under the tutelage of the late Sheikh Dr Zaki Badawi KBE and Mawlana Shahid Raza OBE at the Muslim College, Ealing.

He serves as an advisor to a number of national charities including the World Congress of Faiths, The Oxford Trust, History of Science Museum (University of Oxford), the Dalai Lama Centre for Compassion, Prison Phoenix Trust and the NSPCC National Advisory Group on Safeguarding and Muslim Children.

Monawar was awarded the MBE for his services to interfaith and community relations in Oxfordshire. He is currently a Deputy Lieutenant for Oxfordshire, and an Honorary Research Fellow at the Edward Cadbury Centre for the Public Understanding of Religion, University of Birmingham. He was awarded the prestigious Sternberg Interfaith Gold Medallion for interfaith services in March 2020.

In his role of Vice President Monawar hopes to support the Society in its engagement with young people and diverse communities in the city.