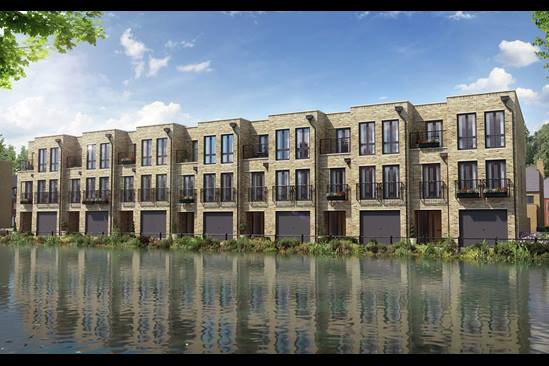 When planning permission was granted for the redevelopment of the Wolvercote Paper Mill site a condition was agreed that the developer would provide space for a GP surgery. The developer is now asking the City Council to overturn that condition and to allow the space to be used instead for seven more flats.

We join the local community and the Summertown Health Centre GPs and medical team in strongly objecting to this proposal. We urge the City Council to refuse the application, and the Oxfordshire Clinical Commissioning Group (CCG) to fund the creation of this urgently-needed surgery.

The text of our letter of objection is below. The developer’s planning application can be found on the City Council website using reference number 20/02303/FUL.

We are dismayed to see that it is proposed that plans for the construction of a GP surgery on the Wolvercote Paper Mill development site are to be abandoned. This is in spite of the overwhelming support of the local community and the GPs and medical team of Summertown Health Centre who currently provide full medical services for the population of Wolvercote from a satellite surgery, 73 Godstow Road, a primitive single storey building, grossly unfit for medical practice in the modern era.

Summertown Health Centre’s list size increases remorselessly every year. The 190 new residences on the Paper Mill site in the heart of Wolvercote, together with the 500 new homes in nearby Oxford North will add approximately 2000 new residents requiring primary medical care. Care of those patients requires the proposed new GP surgery.

Property prices in North Oxford are amongst the highest in the UK. The two Summertown Practices have tried and failed over many years to secure modern premises from which to practise. The proposed GP Surgery on the Paper Mill site is a once in a lifetime opportunity.

The Civic Society believes that the City Council was right to apply the condition to build the surgery to the planning consent. It is imperative that Oxfordshire Clinical Commissioning Group provides funding to allow the original proposal to go ahead. We object strongly to this application to remove the condition requiring the provision of the GP surgery.