On Armistice Day 2016, Historic England announced that their campaign to list as many free-standing First World War memorials as possible had reached a total of 50. This includes the one in Summertown, which was an early application submitted by a student from Chester following a Civic Voice workshop.

Since our earlier article (which also appeared in ‘Visions’ in November 2016), a Wolvercote resident has volunteered to submit an application for the war memorial at St Peter’s Church in Wolvercote and Stephanie Jenkins, who wrote the original article, has said she will do the same for the one at St Clement’s Church.

Stephanie is happy to give advice to anyone who would like to take on the task of applying to list any other of Oxfordshire’s war memorials. Please contact her by email.

Update 6 Dec 2016: We can add a fourth memorial to the list! Oxford’s main memorial, the St Giles memorial, has been listed Grade 2 by Historic England. 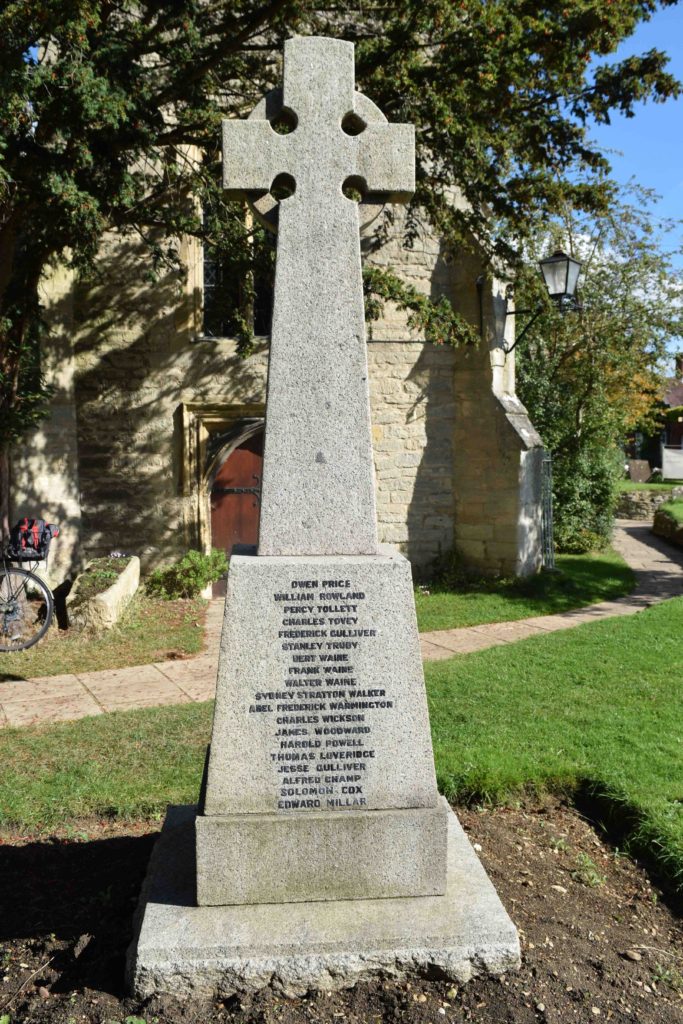