Launched on 27 November 1969, we are celebrating 50 years as ‘an independent voice for Oxford’.

Launched on 27 November 1969, Oxford Civic Society is celebrating 50 years as ‘an independent voice for Oxford’.

The Society was set up to fight the City Council’s plans to drive 8 miles of urban motorway through the city in an attempt to combat traffic congestion. From the outset, the Society had a different vision of how to manage traffic in towns. It argued that traffic should be stopped at the city boundaries and commuters should complete their journey by bus. The Society won the day: the motorway was never built and Oxford became the first city in the UK to offer an enduring Park and Ride scheme.

Our Chairman Ian Green says: “Transport is still one of the Society’s priorities today. We would like to see a future where fewer people need their cars, more people travel using public transport or bike and where walking is an accepted way of life. Climate change means we need to get tough with transport choices.”

To mark its anniversary the Society has:

“It has also been ‘business as usual’ for the Society” says Ian Green. “In response to Oxford’s pressures for growth, we have increased our capacity to contribute to strategic development planning in the city region. We are contributing to the planning of strategic development sites in the City, to the preparation of the county-wide Oxfordshire 2050 Plan and to the review of the role and functions of the Oxfordshire Growth Board”. 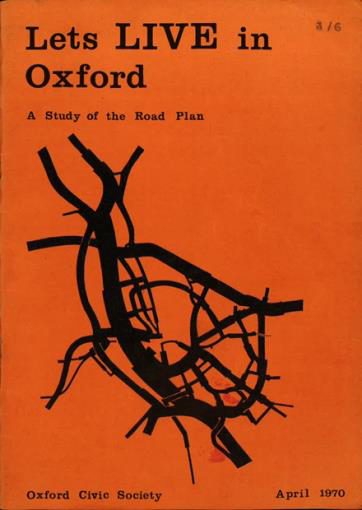